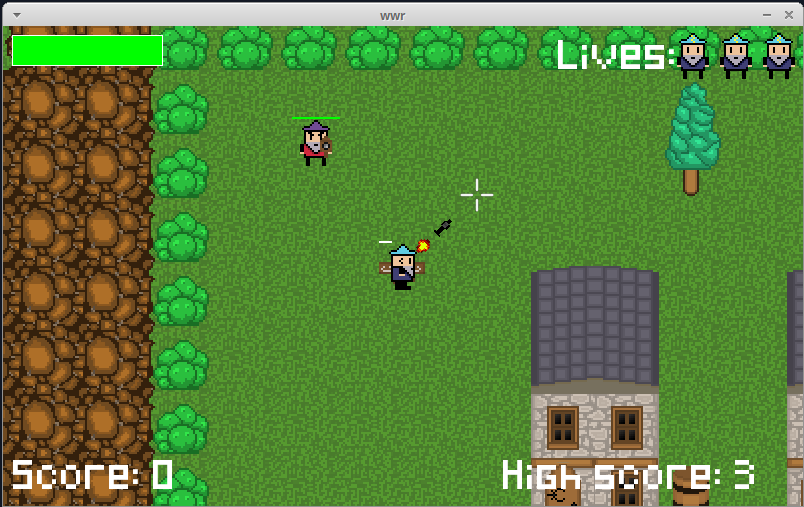 Wizards with Rockets is a top-down shooter for Windows and Linux. It features AI and multiplayer. It is made with the Allegro 5 library and C.

I am discontinuing the itch.io buids as I am trying to reduce publicity of this game for now, due to the possibility of people stealing my idea!

I plan to release some major builds, and iterative builds when testing features like multiplayer.

You will be in an exclusive group of people who will have access to development builds before full release on Steam.

Your data will be kept with Mailerlite and myself only.

Loading in multiple AI from Tiled editor. And following the player.

The client updating its position to the server and the server displaying the client.

Having an issue with the networking code.

Bi-directional updates from client to server and server to client.

One of the AI is updating on the client.

Rockets somewhat updating on the client side.

Players and enemies now have rocket launchers on their sprites.